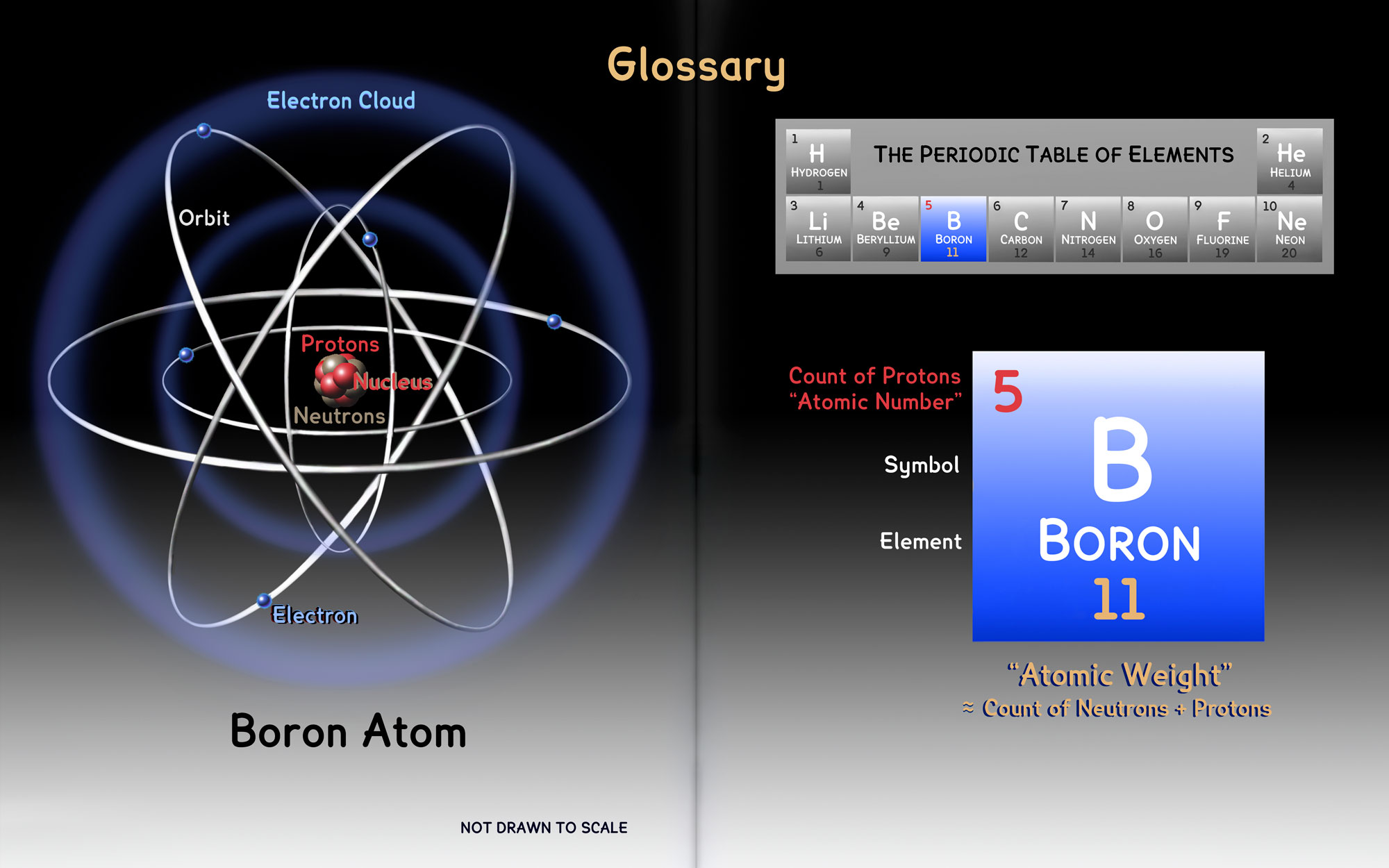 Here’s the skinny to bone up on your “element”ary vocabulary.

What are elements made of?

Each element is made up of just one kind of atom. All the atoms of that element have exactly the same number of protons. That count is called its atomic number. Atomic number 5 is Boron. If an atom has 5 protons, it is Boron; if it is Boron, it has 5 protons.

An atom is electrically neutral. (If it’s not, we call it an ion, but that’s another story.)

What’s the center of an atom?

The center of the atom is the nucleus where the big-fellas (protons and neutrons) hang out. A proton is about the size of a neutron, but almost 2,000 times that of an electron. The nucleus contains almost all of the atom’s mass. (The electron is the light-weight left out of the nucleus. When measuring the weight of the whole atom, the electron’s mass is usually insignificant.)

But wait! The count of electrons must match the count of protons to be an “atom”, but what about neutrons? They’re neutral. Some Boron atoms may have more or fewer neutrons, oh dear!

In Amber’s Atoms, I rounded the atomic weights to the nearest whole number, so you can find the most frequent count of neutrons by subtracting the atomic number from the atomic weight. Note that the official atomic weight of an element is an average for that element as found in nature, so if you’re really counting neutrons, “results may vary.” (An atom with any particular number of neutrons, common or rare as that count may be, is called an isotope of that element, but that’s another story, too.)

For a good explanation of elements, go to:       “Elements and Atoms” on Khan Academy.org. (Click Here.)